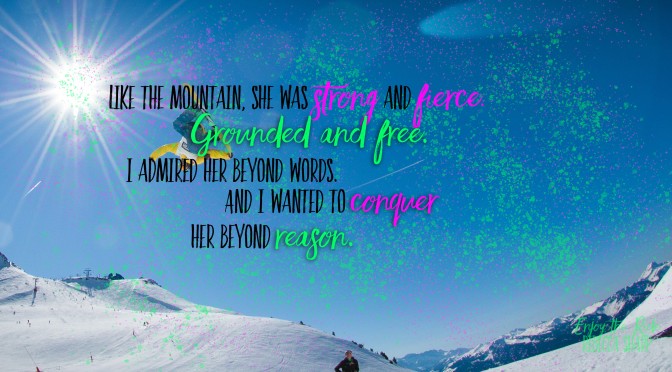 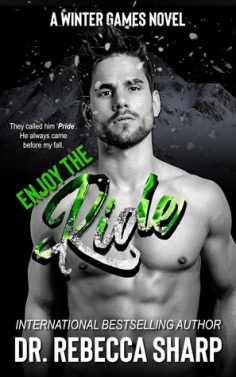 Chance
𝐓𝐡𝐞 𝐖𝐡𝐞𝐞𝐥 𝐨𝐟 𝐅𝐨𝐫𝐭𝐮𝐧𝐞 (𝐂𝐚𝐫𝐝 𝟏𝟎): 𝐓𝐡𝐢𝐧𝐠𝐬 𝐭𝐞𝐧𝐝 𝐭𝐨 𝐠𝐨 𝐢𝐧 𝐜𝐲𝐜𝐥𝐞𝐬. 𝐆𝐨𝐨𝐝 𝐭𝐢𝐦𝐞𝐬 𝐭𝐡𝐞𝐧 𝐛𝐚𝐝.
Do you know what it’s like to lose everything? I do.
Eight years ago, Jessa Lynn Madison and the title ‘Best Snowboarder in the US’ were both mine.
And then she betrayed me and the mountain had followed suit.
No matter how much I drank, the truth was hard to swallow when it meant choking on my pride.
And no matter how much I screwed, the truth was that I still wanted her.
Anger. Rage. They don’t even begin to describe how I feel.
I was never going to be able to compete again, but life had given me the perfect opportunity to have Jessa.
And to break her.
Misery loves company. And Jessa was about to be my company.

Jessa
𝐓𝐡𝐞 𝐅𝐨𝐨𝐥 (𝐂𝐚𝐫𝐝 𝟎): 𝐀 𝐬𝐲𝐦𝐛𝐨𝐥 𝐨𝐟 𝐩𝐨𝐭𝐞𝐧𝐭𝐢𝐚𝐥 𝐚𝐧𝐝 𝐧𝐞𝐰 𝐛𝐞𝐠𝐢𝐧𝐧𝐢𝐧𝐠𝐬.
All I wanted was a fresh start in the town I once called home.
Too bad home was littered with memories of him. Chance Ryder.
The man I’d loved. The man I’d left.
The man who was now my patient. And my roommate.
I know he wants to use me. I know he wants to hurt me.
But I also know that I can’t stop myself from wanting him.
And wanting him has always been my downfall.
Now all I can think about is how to tell him the truth and beg his forgiveness.
I, of all people, should know that explanations and apologies won’t matter.
When it comes to Chance Ryder, he’ll hold onto his pride
like he should be holding onto me.

Enjoy the Ride is the third standalone in the Winter Games series. 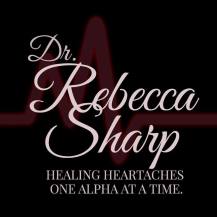 **Healing Heartaches One Alpha at a Time**
I’m a dentist by day and author by night!
Dr. Rebecca Sharp is an International Amazon Best-selling author of contemporary romance. By day, she is also a doctor living in Pennsylvania with her husband. Growing up, she always loved a good love story and let’s face it, when you include a romance novel on your 8th grade summer reading list just to see if the teacher would notice (she didn’t!), she was bound to give writing one of her own a go. She also enjoys traveling with her husband, snowboarding, and cooking. 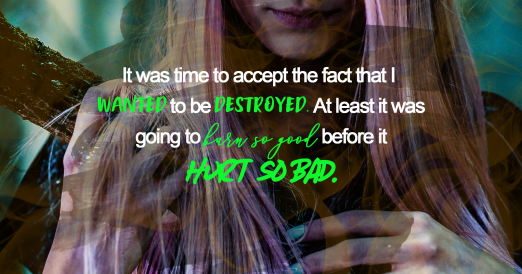 Me: I don’t like angsty romances.
Me: I realllyyyy don’t like the second chance trope.
Me: I love the a-hole but I don’t like when they’re just MEAN, ya know?
ALSO ME: LET ME READ REBECCA SHARP. THAT’LL DO ME GOOD.

SPOILER ALERT: If you don’t like any of the above, you shouldn’t read Enjoy the Ride. However, if you can go into this with an open mind and heart, I STRONGLY suggest you read this.

“Then kiss me, Chance. Kiss me and leave me alone.”

Jessa and Chance had a once  in a lifetime love, but they found it when they were too young. Their love was intense, all-consuming, and burned too bright for their eighteen year old selves. They were adventurous with their hearts and souls, but it wasn’t enough.

To save Chance from making a decision he would have regretted, Jessa made a decision that would change their paths irrevocably.

For the last eight years, Jessa avoided all things Chance, but when her soul tells her it’s time to go home, she does. Is it the mountain calling her? Or is it something else? Someone else?

Reading Enjoy the Ride sometimes felt worse than flying through the air and knowing you’re going to fall. The pit in my stomach didn’t go away for the entire 12 hours it took me to read this book. My heart continued to ache for Jessa, and I consistently wanted to scream and cry for Chance. (Yes, I wanted to cry for him too the big jerk!)

I am still kinda reeling from everything that went on. I mean, just when you think “there’s no way something else can happen” BAM, something else happens.  And it will wreck you. I thought On the Edge  had twists and turns galore, but Enjoy the Ride had waaaaaay more.

One thing I loved about this book is Chance. As much as he was a grade A a-hole, there was a loving man hiding beneath the layers of hurt and anger. He believes he wants to ruin Jessa, and gives himself the opportunity to touch her, get to know her. He believes he wants to ruin her, but he is also protective and possessive. He doesn’t let her get away with anything, and he definitely doesn’t let her keep her secrets.

Those secrets could crumble the man they call Pride, but Jessa is always there to pick him back up. Despite the fact it could ruin, destroy, and/or obliterate her heart, she puts it on the line to help Chance. 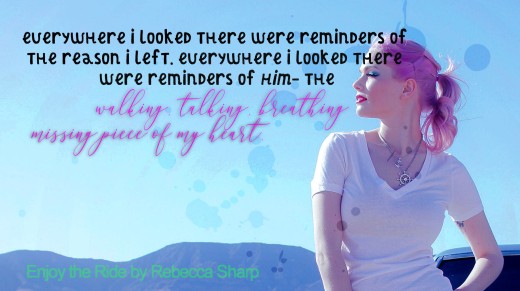