The real estate agent stood on the corner of the street staring at the house that she was supposed to sell. She had tried many times to sell it, but for some reason no one would buy it. She had shown it to many people, and many had made offers, but just as the offer was about to be accepted, they would back out.

But not even the real estate agent knew of the demons that lived in the house.

By looking at the house that took up the entire corner of Viscount and Ryding, no one would be able to tell the evil that took place inside. The pale yellow paint that covered the house’s exterior bellied the tortures that existed inside. The bright white door and porch contrasted the darkness that was a constant friend to those who lived there.

The house had been stayed for over 100 years, but even without being kept, the house managed to stay pristine on the outside. It was finally federal property, so it was being sold.

Those more prone to feeling the energies and auras of spirts long departed cannot be in the house for long without the terrifying screams finally getting to them. Mediums and psychics have deemed the house untouchable, since they cannot get within one mile of the house before they feel the pain those have endured living in that house. Those who have no inclination towards the undead, and have no extra feelings, get bogged down by the sadness that comes with being within one foot of the house. When the neighbors walk by the house, they get a chill that runs down the back of their spine.

There was a man, a rich man, whose name is unknown, from England, who wanted to build his own house. He hired carpenters and construction companies, and they built the lovely Victorian style home. It was large, four bedrooms, one master bedroom, two full bathrooms, a large living room, a kitchen and dining room. But, the most important part of the house, the basement.

It is longer and wider than the house itself. It had a special purpose.

At this time, almost no one lived in the small town. So the man could go about his business with no one noticing what he was doing. He came over from England with a bevy of servants. Upstairs maids, cook, housekeeper, and downstairs maids, but oddly, no butler. If someone were to watch the comings and goings of the house, they would notice only females coming in and out, working, and never any males. The man had no friends who visited him, no one to question his business.

He would slowly strip down, so he would not destroy his clothing. That’s when the women knew their torture was about to start.

Unspeakable crimes were committed in that house. Crimes no one knows about. The history died when the Master did. The girls, not knowing what to do with themselves, having lived with their Master for so long, waited in the basement of the house, screaming and crying, some even killing themselves. The servants had all died along with the man, who, when he realized he was dying, poisoned his staff so no one would know the details of his heinous actions.

And still, the real estate agent took one step towards the house, and for some inexplicable reason, decided to come back another day to fix the house to be sold. 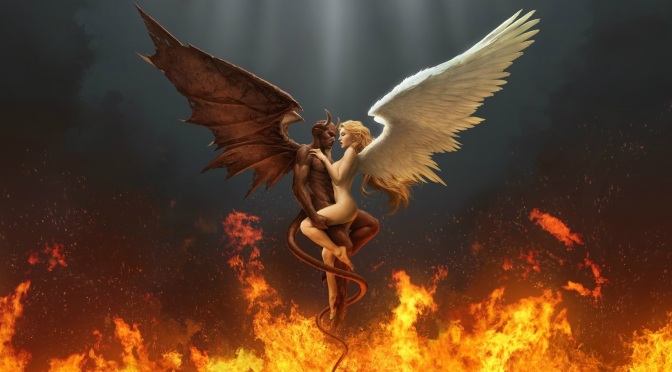 She sat on the corner of her bed, her knees drawn up to her chest, arms around them. Her eyes were wide open, staring at the darkness of her room. One could almost hear humming coming from her room, but the moment someone opened the door, she would go back to rocking silently.
Crazy, they would whisper as they stared at her.
What is wrong with her, they thought.
She wanted to scream I CAN HEAR YOU! but she never did.
But no one could hear the voices she heard. She couldn’t tell anyone either. It would just confirm in their minds that she was nuts. Certifiable. Insane. Wacko. The list went on and on. But the voices she heard were not in her head. She could hear the thoughts of others. And she knew it was true. It was hard not to answer the questions people had in their head, and sometimes she forgot that they hadn’t asked the question out loud. They would think nasty thoughts, dirty thoughts, despicable thoughts. She wanted to scream I HEAR YOU! but she never did. That was not the worst part.
No.
Not even close.
One of the guests was not what they said they were. She didn’t know what it was. It was passing itself off as a human male, but from what he said in his head, he was not anything close to human.
Tasty humans, he would think as he stared at someone.
Would anyone notice she was missing? he would think about another.

But how could she confront it? It came into her room over and over again, threatening her in its mind.
Tell anyone what you hear and your mother will be the first to go.
Do you want to come play with me?
Do not pretend you cannot hear me, child. I know you can.
She wanted to scream I CAN HEAR YOU! But she dared not to make a move. She just started humming again, to drown out the noises.
It was showing her images now. What would happen if she told what it was. What would happen if she came to it.
I promise you a life better than this.
Come with me, child. You could live for thousands of years.
Just take my hand.
Oh God, it was in her room. When she looked up, she was startled by the handsomeness of the body’s face. She knew it was a lie. She knew he was not human. Was it  even male? Oh God, oh God, oh God.
“What is your name, child?” the creature asked. It startled her.
She just hummed louder.
He tsked.
“Would it help to know mine? It is Abbadōn. I am Greek.”
“You are the destroyer, the ruination.”
“Ah, you know your history,” he smiled. You could see the demon eyes glowing devilishly. He knelt by her bed. “Come with me. I can make your burden easier to bear. We can destroy things together. Everything and anything.” He touched her hair, her temple, and suddenly she could hear nothing. She looked up at him in wonder, eyes growing impossibly larger.
“Maeve,” she whispered.
He just smiled again and whispered softly “I know.”
She put her hand in his, wanting to go wherever he went. For he was the one who took away the voices. That was all she cared about.
“Ah, darling, we will get along well with each other.”

In a flash, they were gone. Maeve, only 16, would have many names in the future. Apollyōn being one of them. But she would never be seen in her time again.
She would always hear the voices, but she found someone who could take them away.