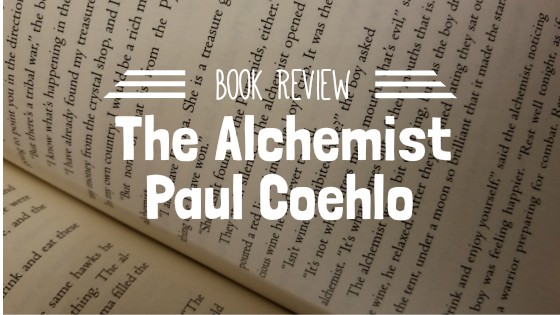 Ok, I am so behind when it came to this book. My cousin (shout out to Felicia) lent me her book after I told her I was looking to read more books that weren’t romance novels. I tend to stick to what I know and love. I am so glad she gave me this book.

The novel itself is short, only 163 pages, but the overall messages this book delivers are both great and impactful.

For those, like me, who have never heard of the book before, it is about a young shepherd Santiago. While traveling with his sheep, he has a dream of going to the Egyptian pyramids and finding treasure. But before he can find out where the treasure is, he wakes up. He decides to go to a gypsy woman to help interpret the dream. Her advice is simple: go to Egypt.

Santiago debates on what to do, because he has his sheep to take care of. While debating, he meets a king, who tells him of a Personal Legend. The king tells him he needs to follow his Personal Legend, now while he has been gifted an omen, before it is too late. Not everyone realizes their legend, but if they do, they must follow it. But he must remember, everything comes at a price.

The novel was originally written in Portuguese and translated in the 90s. Though translated books are usually not as good as the original (due to certain things being lost in translation) The Alchemist holds its true meaning. The moral of the story: if you want something you need to go and get it.

But I got so much more out of the novel. Some of my favorite quotes:

“It’s this: that at some point in our lives, we lose control of what’s happening to us, and our lives become curried by fate. That’s the worlds greatest lie.” – The King of Salem

“Even though I complain sometimes, it’s because I’m the heart of a person, and people’s hearts are that way. People are aftraid to pursue their most important dreams, because they feel that they don’t deserve them, or that they’ll be unable to achieve them. We, their hearts, become fearful just thinking of loved ones who go away forever, or of moments that could have been good but weren’t, or of treasures that might have been found but were forever hidden in the sands. Because when these things happen, we suffer terribly.” – Santiago’s heart.

For me, this was a 4 star read. I give it 4 stars, because although I really enjoyed reading this, it was kind of hard to get through. The translation of the novel was really good, but the writing was stilted. The sentences were smaller, and were uncomplicated. The language was simple, and it was repetitive. This is probably more a Young Adult novel than one for adults.

Have you read The Alchemist? Did you have favorite quote? Comment below and tell me!