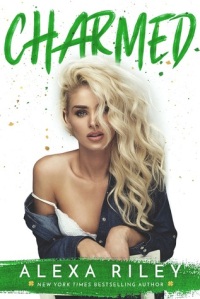 Every day Charlie goes to sketch a beautiful building that’s been under construction. She’s drawn to it for some reason, and it makes her paints come alive. On the day the painting is to be finished, the St. Patrick’s Day parade is in town. But a run-in between her tray of paints and a big grouchy beast in a suit has her fleeing for safety.

Warren has never wanted someone the way he wants her. One chance encounter has got him searching every inch of the city for her. She can hide, but not for long. He’ll make her his, no matter what.

Warning: This St. Patrick’s Day quickie is adorably fun and over the top. Grab your shamrocks and cozy up with this sweet treat.

Add to your TBR! 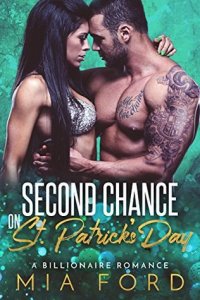 He seduced me, used me, and broke my heart.
And now…
He’s back!
My brain says ‘no.’
But my heart screams ‘yes.’
Who wins amongst the two is a different story altogether!
Well, let’s just say, Conner McGee is a HARD man to forget.
I had no idea that a one night stand would lead to this.
Our lives are full of lies, secrets, and seduction.
He stole my heart long before I found the truth.
Maybe I did not see it coming.
Maybe that’s why it hurts so bad.
Maybe that’s why they say timing and love never go together. 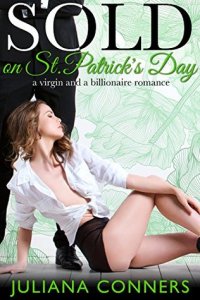 Jade is 19 years old, with curves more luscious than the rolling green hills of Ireland.
I guess it’s the luck of the Irish that I get to claim her as my own.
But that’s because she was unlucky enough to be in the wrong place at the wrong time.
While she was studying in Ireland, she may have witnessed my dad—a notorious Irish gangster—commit a crime.
He sends me to Boston to find out what she knows and deal with it if necessary.

The job is supposed to be easy:
Get in, get out, move on— everything I’m used to doing without a hitch.

The set-up makes this job even easier and it comes with a perk:
She’ll willingly sell herself to me at an auction, without knowing why I’m there.
I’ll purchase her body— and win her trust— at any price.

Dominating her is a treat as sweet as sin.
When I find out she’s a virgin, that’s the cherry on top.
A cherry I get to pop!

But this job is about to have a major f*cking hitch.
Both of us enjoy what I do to break her spirit and earn her trust, a little more than we should.

After I buy her body, will she steal my heart? 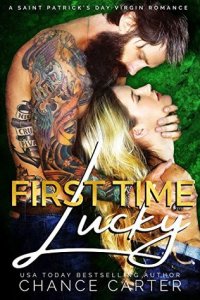 Ladies, take it from me, if you have any sense, do not fall for an Irish guy.
Especially a fiery-tempered, muscular, tattooed, bad boy who grew up on the wrong side of the tracks without a father.
That’s Shane.

My Shane.
At least, I hope he becomes mine.

When we were in high school I know he liked me. He was going to ask me to prom. We were destined to be together.
And then everything went wrong.
This town was never kind to outsiders, and an Irish fighter like Shane never stood a chance against the creeps who run things around here.
They weren’t about to let him make off with me.

So they almost killed him.

They dropped him at a bus station with a one-way ticket across the country, and I thought I’d never see him again.
Now he’s back, and there’s going to be trouble. Three years in the military has turned him into a dangerous weapon. And he’s going to unleash on St. Patrick’s Day and reclaim the woman he was always supposed to have.

The woman who’s heart has always been his.
The woman who saved her first time for him.
Me. 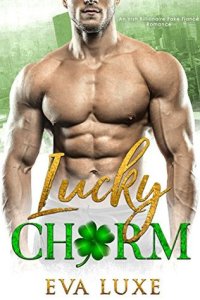 She needs a fake fiance and I’m just the guy to play the part.

I moved from Ireland to New York City to pursue a career in acting.
My family has a lot of money, but I want to make it on my own.
One day I’m at Starbucks, minding my own business, studying for an audition.
Suddenly a beautiful, curvy stranger heads straight to my table.
Her ex cheated on her with her best friend, she says.
And they’ve both just entered the coffee shop!
Please pretend to be my boyfriend so I don’t seem so pathetic, she asks.
Well, I’m an actor, aren’t I?
So, how can I resist the pleading request from those pretty hazel eyes that match her name?
I’ll do her one better – I pretend to be her fiance.
Soon, we’re caught in a game of one up-manship with her snotty ex friend.
Like all my acting gigs, I play this one very well.
It turns out that Hazel brings me luck – and I do the same for her.
But this is all just pretend, right?
We’re not really going to get married on St. Patrick’s Day like we keep telling everyone, are we?

Maybe I’m playing the role a bit too well, because I find myself believing it’s real.

Lucky Charm is a full length standalone novel with no cheating and no cliffhangers, but with a very happy St. Patrick’s Day and ever after, and a whole bunch of Irish flavored steam.

Let me know what your favorite St. Patrick’s Day Read is!