Not all heroes are good guys.

With a body count on his soul and blood on his hands, Killian Nox lived in the gray. Ruthlessly single-minded, if he wanted something, it was his. And when it came to the gorgeous lass with a fiery attitude, he didn’t just want her.

With southern-bred manners and a snark all her own, Augusta ‘Gus’ Allan was a connoisseur of cheap wine, delicious Mexican food, and good TV. Unfortunately, her taste in men wasn’t as well-developed. When her knight in shining armor turned out to be a douche in tinfoil, Gus never expected her real hero to be a sexy-accented, tattooed beast of a man.

But he was exactly who she needed.

This Happily Ever Alpha Kindle World novella is a crossover of The Hyde Series and Aurora Rose Reynolds’ Until Series. It features glimpses of familiar faces from Hyde and Seek, Best Kase Scenario, and Until November. However, it can be enjoyed as a standalone. Goodreads. 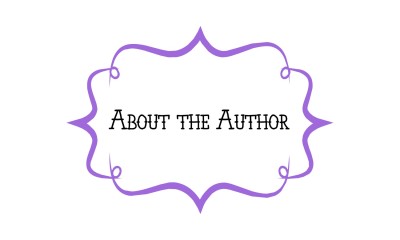 Layla Frost has always been a rebel. A true badass.

Growing up, Layla used to hide under her blanket with a flashlight to read the Sweet Valley High books she pilfered from her older sister. It wasn’t long before she was reading hidden Harlequins during class at school. This snowballed into pulling all-nighters after the promise of “just one more chapter”.

Her love of reading, especially the romance genre, took root early and has grown immeasurably.

In between reading and writing, Layla spends her free time rocking out (at concerts, on the couch, in the car… Anywhere is a stage if you get into it enough), watching TV (the nerdier the better!), and being a foodie. Though she lives in NY (the state, not the city), she’s an avid Red Sox fan. 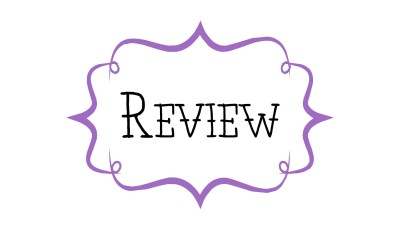 I forgive Layla for being a Red Sox fan simply because this book was amazing. This was my third dive into the Happily Ever Alpha world and they just keep getting better. I haven’t read most of the authors involved in this Kindle Worlds crossover, but I have read Layla and she does not disappoint with this. I was obsessively and unapologetically checking my email to see if I received an ARC for this.

This is the story of Killian Nox and Augusta Allan. Gus finds her sorta boyfriend cheating on her and needs a place to stay, and Nox graciously lets her stay in his apartment while he’s out of town. Nox’s Scottish/Irish accent are panty-melting hot, and he does what he can to stay away from her. It lasts a week. In that week, Gus watches Nox’s house and his dog, and makes a mess. She is inexplicably drawn to the “beast” from the moment they meet but she doesn’t know why.

I loved this book for many reasons. One, we get to see snippets of the Mayson clan, and get to see Nico when he thinks the boom is bullshit *awweee*. Also, we get to see the Hyde clan again, with Piper being Piper and Harlow running circles around Kase. Get to see the guys come together and gossip, dishing out advice since they know relationships now.

One of my favorite things is Nox himself. He’s an enigma I’m still trying to figure out, though I’m not sure I will. He is not a good guy, and doesn’t pretend to be, but he’s not a bad guy either. In fact, I Gus says he’s “Batman levels of gray” and I think that’s the perfect description. Gus doesn’t try to change him, she accepts him (after some explaining) and they work well together.

And Gus, she admits she’s petty. I’m pretty sure she’s the character I’ve connected with most in a book. Between the pettiness, messiness, and the crazy leggings, I think Gus is my spirit animal. She is so petty, she went to MIT just to prove someone wrong, and that’s seriously someone I need in my life.

Before I keep talking about this book, because I’m 100% sure I could talk about it all night, I’m going to leave it here saying this book was AMAZING!! 5 Stars! This book releases April 3rd as part of the Happily Ever Alpha Kindle Worlds, so mark your calendars!

2 thoughts on “Until Nox, Happily Ever Alpha Review”