Wall Street Journal bestselling author Ilsa Madden-Mills and USA Today bestselling author Tia Louise are back with an all-new romantic comedy filled with Southern sass and steamy scenes that will have you laughing out loud and fanning yourself. Pour the sweet tea and get ready…

As soon as Mr. Tall, Blond, and Handsome walks into that bar, I know he’s the hook-up I need to get over stupid Cheater Kyle.

A few stolen kisses in a dark hallway, and I’m pretty sure we’re headed for a home run—until he disappears without a trace.

Whatever. Men are all snakes in the grass, and I don’t need a new one anyway.

I resolve to forget about his perfect lips (and chest of steel) and instead focus on turning my Granny’s old beach house into a profitable B&B.

What I don’t expect is for him to show up the next day in my kitchen!

You see, my sexy mystery man is none other than Jax Roland, the drop-dead gorgeous home improvement star of The Right Stud, and he’s got an offer I can’t refuse.

With a suitcase in one hand and a hammer in the other, he wants to move in and renovate my old house while he films his new show.

But my roommate has secrets, and they threaten to rip our blossoming friendship—and possible love—apart.

When push comes to shove, is Jax really The Right Stud or is he just another nail in the coffin of love?

After being a teacher, a book editor, a journalist, and finally a magazine editor, she started writing love stories and never stopped.

Louise lives in the Midwest with her trophy husband, two teenage geniuses, and one grumpy cat.

Recent Releases:
UNDER THE LIGHTS (#1)
UNDER THE STARS (#2)
“Sundown” (a Bright Lights novella)

Stand-Alone Romances:
WHEN WE TOUCH, a USA Today bestseller
THE LAST GUY*
*Co-authored with Ilsa Madden-Mills

Paranormal Romances:
One Immortal, 2015
One Insatiable, 2015

A former high school English teacher and elementary librarian, she adores all things Pride and Prejudice; Mr. Darcy is her ultimate hero.

Email her at ilsamaddenmills at gmail dot com. 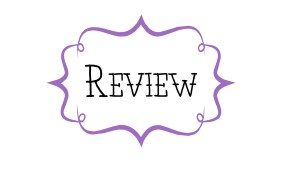 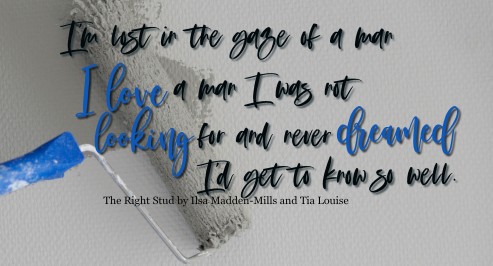 Reading The Right Stud was honestly so enjoyable, when I reached the end, I was shocked. The variety of characters and the craziness they brought to the book, kept me engaged and laughing the entire time. Jax Roland is a fairy tale prince mixed with bad boy yumminess, that is impossible to deny. Ashton Hall is a badass woman looking to save her family home, and though she needs some help, she’s not a damsel in distress. When Jax and Ash come together, it is an explosion in the sheets, and magic in front of and behind the camera.

Ashton had my heart pretty much from the beginning. Six months after she caught her ex cheating, she’s trying to rebound and get back in the game. She doesn’t want love, though. She’s too busy trying to restore the house her grandmother left her and her brother, while her brother is trying to get her to sell it. The house is more than just a family home, though. Her grandmother painted mermaids for her to find everywhere. (And we all know how much I love mermaids, so I am Grammy’s number one fan!)

Jax is the love ’em and leave ’em type. He’s too busy working two jobs: his real job as a real estate agent, and his second job, his love, remodeling homes. He’s made a name for himself in the online world, and he’s working on becoming the next Fixer Upper, with his show The Right Stud. There’s no room in his life for a permanent woman, and he doesn’t want a woman in his life. He doesn’t do love, and he definitely doesn’t do marriage and babies.

These two meet and feel an instant connection. They aren’t “insta love” but they both find things they love about each other pretty immediately. They share a love of restoration, and a love of the Conch Shell, the B&B/family home Ash is trying to save. There’s really no OW/OM drama, which was A-OK WITH ME. But the drama they did have, which was extremely minimal, made these two stronger. And as much as these two say they don’t want love, they fall into it fairly quickly.

Things I loved about this book: mermaids!!, safe (even when there’s drama, these two don’t go out and try to hurt each other using other people), Jax’s fine body, Ash’s resilience. the strength these two have individually, and as a couple, and that epilogue. It was so sweet, so cute, that I turned into the ultimate sterotypical white girl with my “I CAN’T EVEN”.

Things I didn’t love: it wasn’t long enough???? (kidding!) I just wished I saw more of Jax and Ash working through things. They had their problems right at the end, and then the epilogue came. It would have been nice to see a little more make up time happening.

**images used are from http://www.freeimages.com and all fonts are licensed, bought from http://www.creativemarket.com. For more info on the fonts used please contact me at caitscreatures@gmail.com**