I saw her.
She’s mine.
NOTHING
Will stop me.
**Warning**
The Adair Empire is a dark and graphic romance that will push your buttons, and maybe your boundaries. Each book contains a new couple but ends with a plot cliff-hanger. 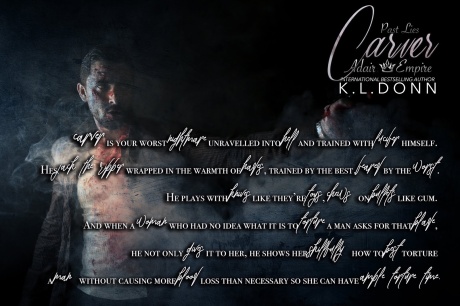 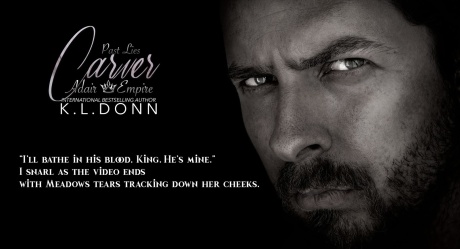 One hour.
Sixty minutes.
Three thousand, six hundred seconds.
Small inconsequential numbers. They mean nothing. They are nothing.
To the average man.
I’m not your average man. I’m a killer. A righter of many wrongs. On a good day I’m your judge, jury, and executioner. On a bad day, I’m your worst nightmare. I’ll make you wish for death while praying for the devil. Nothing scares me.
Not a fucking thing.
Except the last hour.
Meadow …
Sweet, innocent, perfect Meadow.
She’s mine. Has been for almost a year. King told me to back off. He swore when she was ready, I would have her. She would be Meadow-mine. Meadow would be the one and only thing in this world to belong to me and no one would take her. Hurt her.
McCray should have been dead. He was left for it. His carcass should be rotting in the wilds of Alaska.
But he’s not.
He’s like a bad rash that won’t fucking going away.
An right now, he has minutes to live because when I’m through with him he’ll wish he’d let the wolves tear apart his dying body.
When I’m done with him, he’ll pray for the end, but I won’t give it. 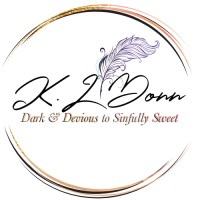 Follow the Author
FACEBOOK | FRIEND HER | READER GROUP | TWITTER | INSTAGRAM | AMAZON | WEBSITE | BOOKBUB | D2D RELEASE
About the Author
Krystal is a proud Canadian girl, hailing from Sherwood Park, Alberta. She has a strong dislike for the winter, and a love spring. Married to her husband Steve, for 13 years, they have 4 beautiful red headed spawns ranging in ages 5-12. She has a strong love of coffee, sarcasm, and wine. (Not necessarily in that order either.)
Krystal loves to write about instalove between couples looking for love. She has a passion for contemporary romance and springs into menage as often as she can. Currently, she is working on 2 new series, the Adair Empire a darker, dirtier, and grittier series than what her readers are used to, but boy has she had a ton of fun writing them. The What Happens When series will begin with Anonymous Bride series will begin with Anonymous Bride and continue with untraditional love stories. Bringing you all the good feels, a ton of love, and maybe – if you’re lucky 😉 a surprise baby or two!
With the exception of Anonymous Bride, and Until Arsen you’ll be able to find all her books on all platforms!