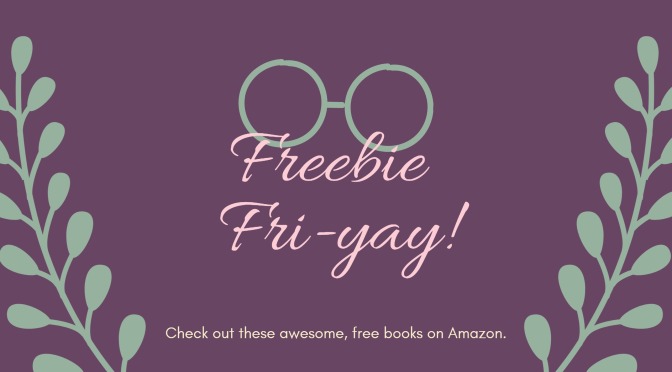 What better way to end the week with some awesome free books? Check these out: 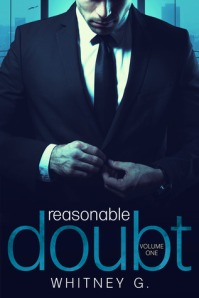 My cock has an appetite.
A huge and very particular appetite: Blonde, curvy, and preferably not a fucking liar… (Although, that’s a story for another day.)
As a high profile lawyer, I don’t have time to waste on relationships, so I fulfill my needs by anonymously chatting and sleeping with women I meet online.
My rules are simple: One dinner. One night. No repeats.
This is only casual sex. Nothing more. Nothing less.
At least it was , until “Alyssa”…
She was supposed to be a 27 year old lawyer, a book hoarder, and completely unattractive. She was supposed to be someone I shared law advice with late at night, someone I could trust with details of my weekly escapades.
But then she came into my firm for an interview—a college-intern interview, and everything fucking changed…
Goodreads: 4.12
Amazon: 4.6 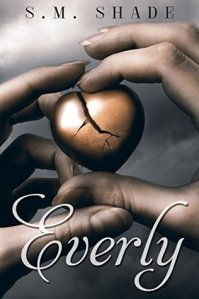 The first time I met Mason Reed, we were standing naked in a bank, surrounded by guns.
That should have been a warning.
An MMA champion, trainer, and philanthropist, but not a man who gives up easily, Mason is trouble dipped in ink and covered in muscle.
Growing up in foster care, I’m well aware that relationships are temporary, and I do my best to avoid them. After a sheet clenching one night stand, I’m happy to move on, but Mason pursues me relentlessly. Sweet, caring, protective, and at times, a bossy control freak, this persistent man has climbed inside my heart, and I can’t seem to shake him.
After saving me from a life threatening situation, he’s also won something much harder to obtain. My trust. But does he deserve it? Is his true face the one he shows the world? Or is his charitable, loving manner only a thin veneer?
This book contains sexual situations and is intended for ages 18 and older.
This book has a ton of triggers so read cautiously. It is an amazing book and series but deals with dark themes and topics.
Goodreads: 3.93
Amazon: 4.2

Your Irresistible Love (The Bennett Family Book 1) by Layla Hagen 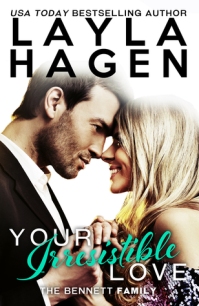 Sebastian Bennett is a determined man. It’s the secret behind the business empire he built from scratch. Under his rule, Bennett Enterprises dominates the jewelry industry. Despite being ruthless in his work, family comes first for him, and he’d do anything for his parents and eight siblings—even if they drive him crazy sometimes. . . like when they keep nagging him to get married already.
Sebastian doesn’t believe in love, until he brings in external marketing consultant Ava to oversee the next collection launch. She’s beautiful, funny, and just as stubborn as he is. Not only is he obsessed with her delicious curves, but he also finds himself willing to do anything to make her smile.
He’s determined to have Ava, even if she’s completely off limits.
Ava Lindt has one job to do at Bennett Enterprises: make the next collection launch unforgettable. Daydreaming about the hot CEO is definitely not on her to-do list. Neither is doing said CEO. The consultancy she works for has a strict policy—no fraternizing with clients. She won’t risk her job. Besides, Ava knows better than to trust men with her heart.
But their sizzling chemistry spirals into a deep connection that takes both of them by surprise. Sebastian blows through her defenses one sweet kiss and sinful touch at a time. When Ava’s time as a consultant in his company comes to an end, will Sebastian fight for the woman he loves or will he end up losing her?
Goodreads: 4.41
Amazon: 4.6

The small police force of White Rock, New Hampshire, is still reeling from the death of Officer Tyler Richardson when they are called to the scene of the accidental drowning of an out-of-town camper.
But Chief Sam Mason and Sergeant Jody Harris soon discover the drowning was no accident. Someone murdered Lynn Palmer and staged the scene to make it look that way.
With a pool of suspects who aren’t telling the truth and a corrupt mayor who wants the case solved yesterday, Sam and Jo follow a puzzling trail of clues with a surprise ending. And when a stray dog points them in the right direction, Sam discovers the killer is closer than he thought.
Just when Sam and Jo think they can rest after having solved Lynn’s murder, a shocking discovery proves that sometimes even those you trust can be telling lies.
Goodreads: 3.92
Amazon: 4.2 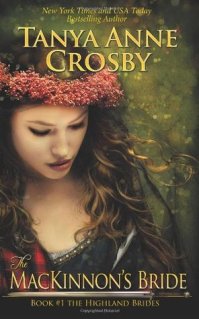 Descended of the legendary sons of MacAlpin, Iain MacKinnon refuses to bow to the English. When his young son is captured by a minion of the English king, the fierce Scottish chieftain vows to stop at nothing to secure the lad’s return. Retaliating in kind, he captures the daughter of his enemy, planning to bargain with the devil.
FitzSimon’s daughter has lived her entire life in the shadow of the man she called father–yet never would she have imagined he would forsake his only daughter. Even as Page blames her captor for welching on a contract with her father, she suspects the truth. But the shadows hold secrets … now only the love of her reluctant champion can save the MacKinnon’s Bride.
Goodreads: 3.85
Amazon: 4.3

The Debt Collector (A Jack Winchester Thriller #1) by Jon Mills 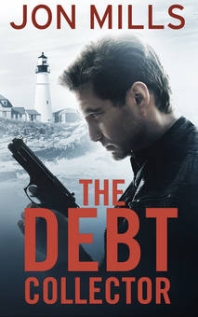 Jack Winchester was a notorious hitman for a ruthless New Jersey crime family until a job went wrong, and he wound up serving time. Four years later, Jack is free and he wants out of the game, but his boss won’t let him go. Forced to take on one last job to make amends for what landed him in prison, he travels to the small town of Rockland Cove, Maine. There, he not only discovers that the target and money have disappeared; he finds himself falling for a damaged woman, and befriending an unruly son left behind. Under mounting pressure from his boss and local police–as well as the ghosts of his past–he must unravel the mystery and decide where his loyalties lie…before it’s too late.

Scenes from the Hallway (Knitting in the City #6.5) by Penny Reid

HAPPY VALENTINES DAY!
From the USA TODAY Bestselling romantic comedy series, ‘Scenes from the Hallway,’ Knitting in the City #6.5.
You know who I am.
I swear too much, I crack too many jokes, and I got a thing for Kat Tanner; a messy thing, a distracting thing, a getting-in-the-way-of-everything thing; a thing that makes being in the same room with the woman torture. Sometimes it’s the good kind. Mostly, it’s not.
What you don’t know is how it all started. You don’t know how we met, you might not know what happened in Vegas (or the morning after), and you definitely don’t know what happened after that.
You want to know the story before the story? Well… here you go.
But be careful what you ask for. As I’ve discovered the hard way, you might not like it.
‘Scenes from the Hallway’ is a companion short prequel/short story (11k words) for ‘Marriage of Inconvenience,’ and includes the first 3 chapters of the soon to be released novel! (‘Marriage of Inconvenience’ releases March 6, 2018.)
WARNING: This short story contains a lot of cussing. Do not download or read if you dislike curse words in novels.
Goodreads: 4.49
Amazon: 4.7 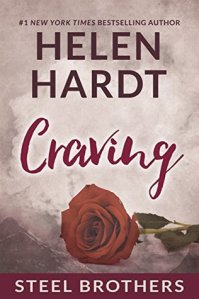 After being left at the altar, Jade Roberts seeks solace at her best friend’s ranch on the Colorado western slope. Her humiliation still ripe, she doesn’t expect to be attracted to her friend’s reticent brother, but when the gorgeous cowboy kisses her, all bets are off.
Talon Steel is broken. Having never fully healed from a horrific childhood trauma, he simply exists, taking from women what is offered and giving nothing in return…until Jade Roberts catapults into his life. She is beautiful, sweet, and giving, and his desire for her becomes a craving he fears he’ll never be able to satisfy.
Passion sizzles between the two lovers…but long-buried secrets haunt them both and may eventually tear them apart.
Goodreads: 4.05
Amazon: 4.2 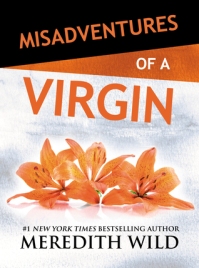 ***MISADVENTURES ARE STANDALONE ROMANCES THAT CAN BE READ IN ANY ORDER***
It’s been years since June Bell shared a stolen moment with her girlhood crush, Kase McCasker. It’s been just as long since Kase’s father nixed the sale of the McCasker farm to expand the grounds of the Bell’s grand hotel. Now that Kase is back home for good, June might be the only person who can persuade him to reconsider the abandoned plan. But how can she face him again after he left her without a word?
Four years ago, unexpected news shook the foundation of Kase McCasker’s world. Escaping Falls Edge for college was the perfect excuse to chase his demons and bury his pain. Now, with a degree in hand and a void he can’t fill, he’s back in the little mountain town he thought he’d never call home again. Searching for purpose, he’s determined to put down roots and take over the struggling farm that’s been in his family for generations.
Time and distance haven’t taken the edge off his preoccupation with June, the spitfire daughter of his father’s rival. He hasn’t forgotten their time together and all the things they did and didn’t do. One look at her has him reconsidering the future and making a dangerous deal to win her over. Is a chance at her heart worth risking everything else?
Goodreads: 4.12
Amazon: 4.5

He challenged her sanity.
She shattered his reality.
They dared each other…to the brink of madness.
A dark and twisted maze awaits criminal psychologist London Noble when she falls for her patient, convicted serial killer, Grayson Pierce Sullivan. As she unravels the traps, her sanity tested with each game, she’s forced to acknowledge the true evil in the world around her.
Goodreads: 4.34
Amazon: 4.8

Have you ready any of these books? Let me know what you thought of them!
Happy Fri-yay!!