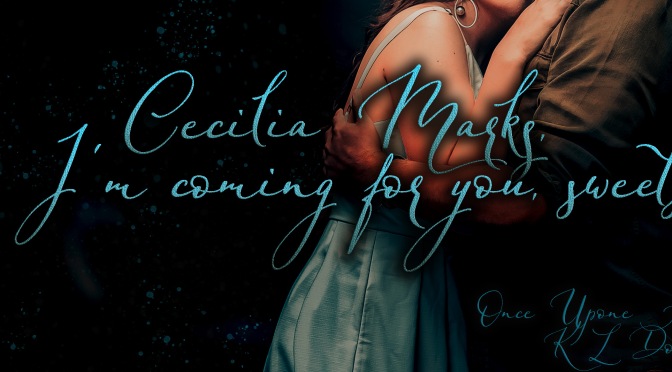 verb – bully:
use superior strength or influence to intimidate

Have you ever:
Wondered the thoughts of the bullied?
Wondered what happened when they left?
Cecilia Marks is bullied.
Bullied her entire life over an accident she had no control over, Cecilia begins college hoping for a fresh start. She’s faced with the same bullies, only with crueler taunts, and words that can slice deeper than the sharpest of knives. A short run in with a stunning man had her world turning upside down in ways she never expected.

Did you know:
He is her white knight?
He is relentless?
Landon Powers is possessed.
Walking into a college ten years after he’d left, Landon didn’t expect to fall for the gorgeous brunette he runs into. But there she was, soft spoken, meek, the strongest woman he’d ever met. There was nothing he wouldn’t do for her. Including making it known she wasn’t to be bullied.

Krystal is a proud Canadian girl, hailing from Sherwood Park, Alberta. She has a strong dislike for the winter, and a love for spring. Married to her husband Steve, for 13 years, they have 4 beautiful red headed spawns ranging in ages 6-13. She has a strong love of coffee, sarcasm, and wine. (Not necessarily in that order either.)

She has been a published author for over 3 years now. With over 20 books under her belt.

Krystal loves to write about instalove between couples looking for love. She has a passion for contemporary romance and springs into menage as often as she can.

Currently, she is working on a new series about bad boy brothers who don’t know what hits them as they fall for their girls.​

Once upon a time (heh) I found out Kindle Unlimited was a thing. Before this moment (about two years ago now), I hadn’t known KU had a plethora of romance novels on it… Now, finding a romance novel was pretty hard. I bounced around from full length to novellas, from the ones that needed serious editors and lessons in anatomy, to amazingly well written. I went from dark to fluffy, from safe to unsafe, from satisfying to unsatisfying.

I read many, many novels and novellas, never reading a review, and most of the time not even really paying attention to who I was reading. Eventually, I started to take note (thank you goodreads), but some of the earlier novels I’d read were lost among the newer ones I’d devoured. I found many amazing authors and books, and many I’ve followed over the years.

One day, I read this novella about a girl who was bullied for years. It was my first foray into the truly alpha male romance I’m now obsessed with. I could remember the details, but not the names of the characters or the author. A young woman in college falls in love with her tormentor’s brother, and learns not only that she can be loved, but also to love herself. The guy was super growly, possessive, protective, and I ADORED it.

Fast forward about a year, and now I’m fully engrossed in this type of novel. I look for them, read them, review them. I’m in ARC groups, pimping groups, and more. I start thinking of the book I read so long ago, one I’ve thought about before but could never find again, because I suck and don’t remember what I ate for breakfast yesterday. So, I do what any good book nerd does… I turn to google.

I think the words I googled were “Romance novel, girl who’s bullied in college and the guy sees her and falls in love.” There were probably more details in there but, again, I don’t remember. LOW AND BEHOLD, what do I find? It’s called Bullied by KL Donn. I immediately start searching because at this point, I’m utterly obsessed with KL’s words. Turns out, I’ve loved her for longer than I thought I did. But it’s nowhere to be found!! I immediately go to KL’s book club and go “EXCUSE ME???” But she says “Don’t fret, my crazy stalker! It’s being reworked”… or something along those lines.

This was a really long way to say that Once Upon A Time is the reworked version of Bullied. Cecilia Marks is just as strong as I remember her being, and Landon Powers is just as growly. Cecilia, who was in an accident when she was young that left her with scars all over her body, has been bullied and tortured for as long as she could remember.

Her tormentor? Ashley Powers… Landon’s younger, spoiled, bratty sister. Why does she torment this young woman? WHO KNOWS BUT WE’LL FIND OUT SOON. Landon, who hasn’t had much to do with his very younger sister, is horrified to find out that the girl he thought of as spoiled, but harmless, has made a girl’s life living hell. Not only is this some random girl, but a woman he has fallen madly in love with.

I honestly wasn’t sure what I was expecting with the rework… was it going to be the same, just edited? What was going to be added? Taken away? Was this going to change my perspective on the book? The short answer is no. The long answer is that the parts that were taken away were reworked to give it more depth. More emotion. More feeling of helplessness and love. It was a book I quickly devoured!

So TL;DR this book is worth more than 5 stars. And KL, I’m not sorry for stalking you.