Declan Forrester is arrogant, selfish, and insanely sexy.
He was the very first boy I ever loved.
Then fame and fortune turned
him into a man I no longer recognized. I tried to give him
everything he needed, and in return…
he broke my heart.

Now he’s back, and he wants to make things right.
What started as love turned to hate. I told myself I’d
never fall for him again, but he’s determined to
prove me wrong.

And if I’m not careful…
I just might let him.

Born and raised around Houston, Jessica is a self proclaimed caffeine addict, connoisseur of inexpensive wine, and the worst driver in the state of Texas. In addition to being all of these things, she’s first and foremost a wife and mom.
Growing up, she shared her mom and grandmother’s love of reading. But where they leaned toward murder mysteries, Jessica was obsessed with all things romance.
When she’s not nose deep in her next manuscript, you can usually find her with her kindle in hand. 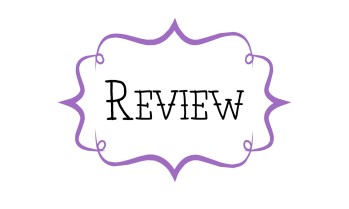 How do you forgive someone when they cheated on you? When they broke the promises they made to you? When you and the love of your life are falling apart? Can you find love with the person that broke you again?

I hate cheating. If a book has cheating in it, I’m done. It gives me anxiety and hives. I once read a book with cheating in it, and had anxiety for WEEKS, and DNF, but then read the second book to make sure they were ok. I’ve never been cheated on, but it’s a trigger for me and I start freaking out. So after reading Corrupt, I knew I had Defile waiting for me to read and I got nervous. Nowhere in the blurb does it say there was cheating. But Declan and Tatum have history, history that goes back to them being seven years old. They get together young, and Declan and the band make it big when they’re still young. While Tatum is struggling to still be an individual, Declan is caving to the pressures of stardom. In Corrupt, it already says that Deck cheated on Tatum, so I’m not giving that away, but I won’t say what happened. All I’ll say is that I wanted to CRY SO BAD. But it didn’t give me anxiety. I don’t know why (maybe because Jessica Prince is amazing?)

Ten years later, Tatum and Declan are in the same room together, after not being in the same room since it happened. My heart absolutely broke for Tatum, but she made the best of herself. She found who she was, and I think she needed to be away from Declan to discover that. And Deck, WHO I WANTED TO PUNCH IN THE FACE, needed to grow up and find himself in the industry. When Deck sees Tatum again, he knows he needs her back in his life: permanently. He just has to get her on board with it.

I love Tatum’s strength in this book. She doesn’t just forgive Declan, and it takes her awhile to talk with him about what happened. She didn’t let Declan bulldoze her life, didn’t let him become her life. When she did talk to him about what happened, and she decided to try and forgive him, she didn’t continuously bring it up. After the worked it out, they continued to work on it. She did what she had to do to live without him, and she lived and thrived without him. Did she have insecurities? Yes. Did she let them over rule her life? No. Was she afraid? Yes. Did she get jealous? Yes, but she didn’t accuse him of sleeping with everyone or bring it up to hurt him after that.

I don’t know if I could be as strong as Tatum was. I’d have probably just stabbed my man.

Declan can be a huge jerk. He knows it, and so does everyone else around him. With out Tatum he was just living, but he smartened up. When he had the chance to get her back, he did. Declan had a lot of strength too. He had changed over the last ten years, some things for the better, others for the worse. He doesn’t make the same mistakes twice (THANK GOD CAN I JUST SAY), but he is also able to recognize when he’s being over bearing, recognize when he’s losing Tatum this time around. He stops taking her for granted.

I normally hate rock star romances, but I will be continuing this series. I’m already looking forward to the next book! The guys in Civil Corruption are messed up, and I can’t wait to see them stop messing up. (Plus, series like this are like double epilogues. I get glimpses into the other couples!) I’m going to shut up now, but just know that this book is absolutely amazing, and heartbreaking all at the same time.