Lost from her family, friends and the life she once lived. Alice Michaelson is held captive in the dark silence that had become a nightmare. Until one night when the door to her prison is left unlocked and she flees.

Living job to job, haunted by his own set of demons, Hudson Rivers finds himself disarmed by a single glance and he vows to protect the shell of a woman hiding in his closet. But protecting her means keeping her close and that threatens the emotionless life he’s been careful to create for himself.

They both fight their growing connection…

Will they find themselves lost into a world of silence, afraid to let one another in?

Or will they submit to the power of fate and all that it throws at them?

***WARNING***
This book is intended for readers 18 and older. This book contains dark themes, explicit language and sexual content that may not be suitable for some readers. 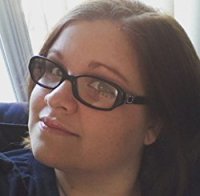 Surviving on caffeine most days, Tracie Douglas lives in Southern California with her husband, two children, two dogs and one really fat cat. She spends her days chasing children and fur babies, all while maintaining the illusion of sanity.

Her nights are spent toiling away at the keyboard, creating a world filled with hot men and strong women. She loves to read and write all types of book but tends to lean on the darker side of the spectrum. She’s pretty handy with a crochet hook too. 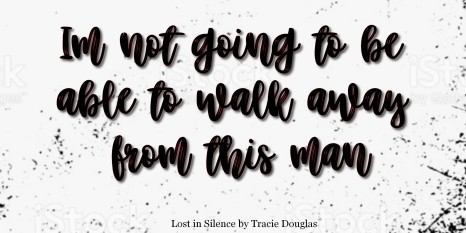 “You can’t define your self-worth based on those bad things, especially when you can’t control them.”

Recently, I read Lost in the Shadows, and immediately one clicked the other books in the series. Although all the books are available on Kindle Unlimited, I knew I was going to want to own these babies. I love a dark romance, and Lost in the Shadows was dark. I went into Lost in Silence thinking it couldn’t get much darker since, ya know, Shadows was the third in the series. Well, I was wrong. Silence is dark AF and I loved every second of it.

Alice is literally lost in silence. She lost her voice a long time ago due to her abusive ex, and found the courage to escape him and his tortures. And I’m throwing up every kind of trigger warning here, cause her ex is seriously a piece of work (Tracie, should I be worried about you?). Hudson feels a connection to the silent beauty, though he tries to ignore those feelings. It’s obvious that she’s been through something that broke her, but he doesn’t know what. So he vows to protect her. What neither of them suspected, though, was that Alice was perfectly capable of protecting herself.

With dark romances, it’s so hard to write (I imagine) a romance that has balance. Balance between a heroine who isn’t afraid to save herself, but also recognizes that she can’t, and doesn’t have to, do it by alone. Balance between a guy who wants to protect the HECK out of his woman, but also respects her enough to let her go out by herself. Balance between a whiny heroine and a strong one. Between an alpha guy, a hurt guy, and a complete a-hole.

Tracie finds that delicate balance, while adding humor and banter to give the readers a much needed break from the darkness. AND OMG my favorite part is when Hudson actually gets mad that others think he saved Alice, because HELLO she got where she was on her own, he just helped her. CAN WE TALK ABOUT SWOON WORTHY? (Because it’s totally true). The strength Tracie puts in her characters, as individuals and as a couple, keeps you wanting more.

And LORD that epilogue.

Ok, back to the review. I think, technically, each of these books could be read as a standalone, but honestly, they are SO much better when read all together. The family, because yes, they are a family, that Tracie creates makes you almost forget the fact that really, really, bad stuff happens to this family and you want to join them anyway. I wish I found Silence and Tracie sooner, because you can only read a book once (even if you do re-reads, the first time is always the best- DON’T LIE) and Shadows would have been hella better reading Silence and then Lost Without You first. I’m already stalking- er, following, Tracie so I can get updates for the next book (WHICH I NEED).

Tracie’s swoonworth alphas, and strong AF heroines are people I wish were real, but will always carry with me when I need some life advice and ideas of strengt. Some of the quotes I pulled from the book (that have nothing to do with romance, and everything to do with life) sucker punched me. Alice’s demons were very real and very awful (I can’t think of a word worse than that), but demons are demons. We all have them, and we all fight them. Don’t let yours win.

“You fight those demons back and you let the light in.”