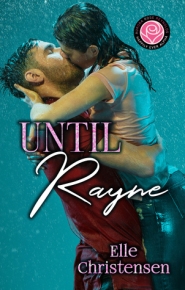 Nick Stevenson is all about the rules. He’s khakis and polos, the boy next door, and certainly not a risk taker.

Rayne Summers hates rules. She’s leather and lace, a free spirit, living from one moment to the next.

When Rayne rolls into town, Nick suddenly discovers a new side of himself. He’d never believed in love at first sight and yet, BOOM! From the moment he saw her, he instantly knew Rayne was his and he would do anything to keep her by his side.

I’m a lover of all things books, a hopeless romantic, and have always had a passion for writing. Between being a sappy romantic, my love of an HEA, my crazy imagination, and ok, let’s be real, my dirty mind, I fell easily into writing romance.
I’m a huge baseball fan and yet, a complete girly, girl. I’m an obsessive reader and have a slight (hahaha! Slight? Yeah, right) addiction to signed books.
I’m married to my very own book boyfriend, an alpha male with a sexy, sweet side. He is the best inspiration, my biggest supporter and the love of my life. He is also incredibly patient and understanding about the fact that he has to fight the voices in my head for my attention.
I hope you enjoy reading my books as much as I enjoyed writing them! 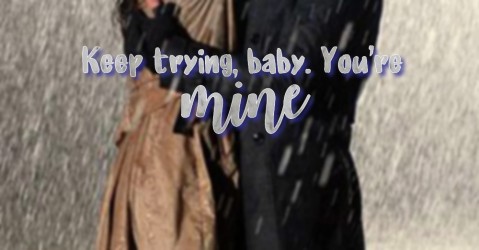 Loafers, you are one sneaky lawyer. Seriously. Nick seriously caught the book curse from the Mayson brothers, takes one look at gypsy traveler Rayne Summers and he’s gone. Predictable, staid, safe Nick Stevenson, who wears loafers to a bar, sees Rayne and learns about a darker, more possessive side of him that he’s never known before. Rayne Summers has been traveling around since she was little. Her parents home schooled her so they could travel, and left her to her own travels when she was eighteen.

Rayne truly believes she’s not meant to settle down, that she’s supposed to travel the world and find her own way. Nick thinks she’s just scared of being abandoned. Although Nick does want to travel and see the world he’s missed out on, he still likes being dependable. He’s earned his respect from the Mayson crew, except Asher still doesn’t like him obviously, and he’s learned how to deal with a woman who’s scared. You just push her until she agrees.

Nick doesn’t look like he’d be suffering from AMS, but he is. And Rayne loves that he’s got hard edges to his loafer and glasses wearing side. He’s got layers (I will not make a Shrek reference-even if it kills me) and Rayne enjoys peeling them back, all the while trying to convince herself that she’s going to leave. She’s cute like that. Nick, being oh-so-smart, doesn’t comment on this. He quickly moves Rayne into his house, makes room for her in his life, and slyly makes her fall in love with him.

Their chemistry is off the charts, and the connection they have is amazing. I love how completely opposite they are, and how he’s alpha specifically for her. Basically I love this book. I love how sweet Nick is, in everything he does, but he’s also all possessive about Rayne, to the point others are shocked about his behavior. And I love how Rayne finally accepts them together. This book is sassy, sweet, and safe. 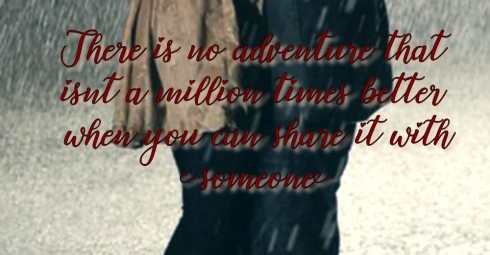 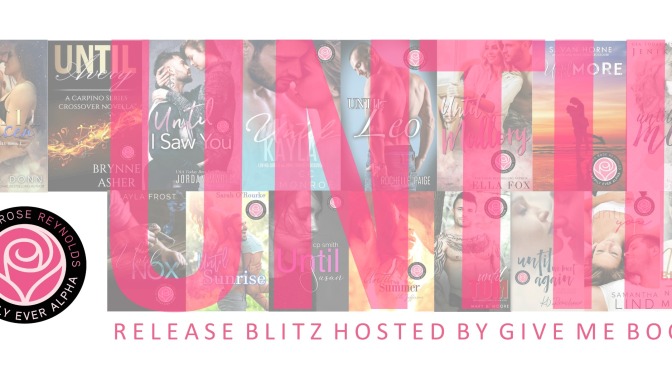 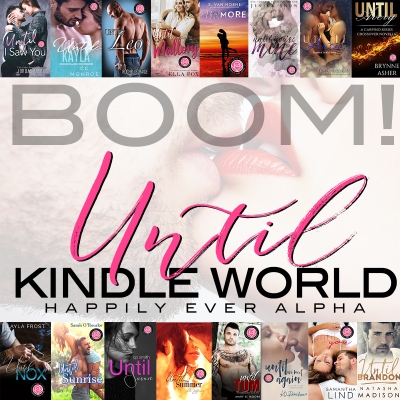 The Happily Ever Alpha Kindle world includes 16 authors that will be releasing books based on characters or places in the Until, Until her and Until him series. Every single author included in the world has been hand picked by me. I’ve personally loved their books and writing styles and hope if you haven’t read them before that you will fall in love with them just like I have. Some of the authors have chosen to write about characters or couples that you have met in the series while others have just referred to a place or person from one of the Until books. I hope you give every single author a chance. Every book is a stand-alone; there is no reading order.

Until Arsen – K.L. Donn
Until Avery – Brynne Asher
Until Brandon – Natasha Madison
Until I Saw You – Jordan Marie
Until Kayla – CC Monroe
Until Leo – Rochelle Paige
Until Mallory – Ella Fox
Until More – S. Van Horne
Until Nox – Layla Frost
Until Rayne – Elle Christensen
Until Sunrise – Sarah O’Rourke
Until Susan – CP Smith
Until The Summer – Elle Jefferson
Until We Meet Again – KD Robichaux
Until You – Samantha Lind
Until You’re Mine – Jenika Snow

For more details about

the Happily Ever Alpha Kindle World