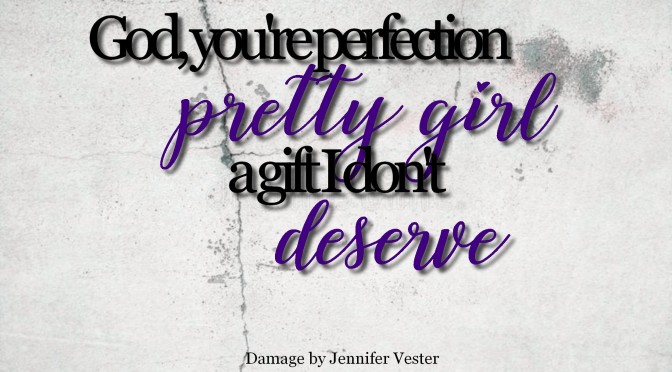 What if the pivotal moment in your life, hinged upon all the events that happened in your past?

Suzanne had survived, had endured. At least that’s what she told herself. So many mistakes littered her life, and she was determined not to repeat them.

Living in Lakefield, with the memories of a man she loved and lost hanging over her, she decides to embark on a new life. It’s a choice that will put a series of events in motion, that could ultimately save her or break her.
When she meets a man who isn’t who he says he is, her reality is suddenly altered, and nothing is quite what she thought it was. Everything in both of their lives will dramatically change.

Fighting against their pasts and a determined killer, two people that thought they knew what defined them, will have to rethink what they know about themselves and each other.

With love and their future on the line, they’ll have to find a way to survive the maniac that’s working to destroy them.
Release Date: April 24th, 2018 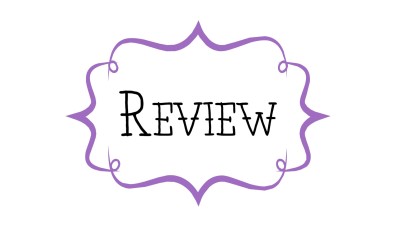 I just want to start out by apologizing in advanced for the shouty caps- there will probably be a lot of them.

Can I give something more than five stars? Because that’s what this was. It was amazing. It was everything I wanted and needed from the last Lakefield book (though I’m sad it’s over!). This book wrecked me. I was 15% in, FIFTEEN PERCENT IN when Jennifer Vester started breaking me with this book. Did it get any better? NO. If I thought Break had plot twists, it was nothing– NOTHING– compared to Damage. Ok, now to try and write this without giving anything away…

Suzanne has been a figure in the Lakefield series since Olivia’s story. She and Cade had been dancing around each other for awhile, but they hadn’t acted on it. And then Break happened and Cade DIED. And left me completely destroyed. Eight months after his death, Suzanne decides it’s time to move back home, away from Lakefield and the memories, and help her mom. When she moves home, she meets Mark, the manager of the bar and grill she applied to work at.

Sparks fly immediately between these two. But what happens when a serial killer targets Suzanne? Alpha Mark comes out. And, Mark is hiding his own secrets– secrets that will wreck Suzanne all over again. Can she handle it?

Well, duh she’s awesome. She can handle anything. Including alpha males that don’t know when to shut up, or trust her to make the right decisions. She can handle the FBI and Latimer security getting involved. She’s a fighter, so she’s going to fight for everything, and everyone, she wants.

This book was gold. GOLD. And it was an amazing conclusion to the series. (Can I get a petition to add Brock’s brothers to the series? I’m not ready to let the craziness go). I hope my review got across how much I loved EVERY SINGLE MINUTE of this book, I devoured this book. It wrecked me in all the best ways. I have a book hangover now. Excuse me while I try to drown myself in another book while I desperately try to move on from the epicness this novel was.

Did I just make a reference to Garbage? Yes, yes I did.

I received a copy of Run, Hide, Break & Chase, in exchange for honest reviews. Here’s my fouth one… Damage releases April 24th! 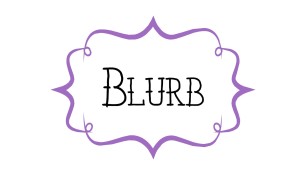 Andi had it all figured out.

She had a sweet job for the summer working at a luxury hotel and her brother was happy. That’s all she really needed and that’s all she wanted to focus on.

Her horrible past was way behind her and she was making a better life for them both. Even if it was built on a lie, it was better than the one they had. She gave up chasing her dreams long ago.

Then he showed up.

He’s out to catch a criminal and asking for her help.

He was asking for the truth about her past that she couldn’t give. If she told him it could risk everything.

But Brock is in this to win and it’s hard to deny those stormy green eyes and kinky whispers in her ear. Chasing her seems to be his new priority and he’s playing dirty. If he caught her what would he do?

He may be digging into Andi’s life but this controlling and complex alpha male has some secrets of his own.

Lies and secrets. Everyone told them and had them. How far would they go to keep them?

**Full-length standalone romance. 80,000+ words. No cheating or cliffhangers with a Happily Ever After! 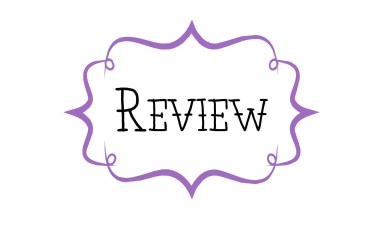 YES! The references to committing their other half is back! Let’s be honest, if you haven’t considered seriously murdering and or committing someone to a mental hospital, do you really love them?

Ever since Andi slapped Brock in Break, I have been looking forward to their story. Brock’s obsession with keeping tabs on everyone and everything made for a good mental patient- I mean love interest. It’s bad enough to have an alpha that is obsessed with your safety and has psychopathic tendencies, but add in a tech genius and what do you get? Madness. And I loved every second of it.

Brock and Andi have chemistry off the charts, and they’re not afraid to give the other one hell. Andi has a rough past, one that she is hiding from if only to protect her brother, and Brock is hell bent and determined to find out what that past is. For someone who knows everything, can crack every puzzle, he has a hard time cracking Andi. So he goes about it the old fashioned way- seduction. Andi fights hard to trust Brock, but the nature of his job means he’s kept secrets. Secrets that affect their relationship.

This book didn’t have as many plot twists as the previous one, thank God because I don’t know if my heart could handle it, to be honest. There were still a few, and they were good ones, but makes you question whether Brock really is insane or if he’s got the right idea. I love that Andi puts Brock through hell, but Brock puts her through just as much. He is known as a player and flirt, but from the moment he met Andi, he stopped.

Are we going to see more of Brock’s dungeon though? Because I really like the dungeon…

The Lakefield crew is as crazy as ever, but they stick together. I cannot WAIT for Damage to be released in three weeks. Each of these books has gotten better and better, and Jennifer’s wit continues to keep me laughing the whole time.

Did I just make a reference to Garbage? Yes, yes I did.

I received a copy of Run, Hide, Break & Chase, in exchange for honest reviews. Here’s my third one…

Everyone has their breaking point.

Kaitlyn has had a crush on Dr. Logan Matthews for months. His dark hair, blue eyes and fit body are just some of the reasons why he’s the perfect guy.

The problem is he seems to want nothing to do with Kaitlyn. When they have bumped into each other, he’s gruff, overbearing and he seems to cause the worst luck for her.

Until one day when everything seems to go unnaturally wrong in her life.

Now he’s sending naughty pictures, playing with her, and acting more interested than ever. Although her friends find the encounters they’ve had funny and her best friend tells her to just have fun, there’s something confusing about his attention.

He says they’re just being friendly but they’re moving into the “more than friendly” zone. Everything should be great. Right?

Things aren’t always what people see on the surface. The greatest obstacles they face may be the ones that neither of them see coming.

**Full-length standalone romance. 67,000+ words. No cheating, or cliffhangers with a Happily Ever After!

Holy Plot Twist Batman! So far, this book has been my favorite in the series (though I still need to read Chase!) I absolutely adored Kaitlyn (obviously since she’s named after me even though it’s spelled differently *hair flip*). She was sweet and loving, but also had strength I envy. She is one of the most caring women in the books, and tries not to purposely drive everyone around her insane, but she stands her ground when she’s mistreated.

Kate and Logan’s story actually starts in Hide. We can see their chemistry, see the snippets that there’s something wrong with Logan, but we don’t know what’s going on. Kate thinks Logan hates her, but he’s actually ridiculously obsessed with her, in all the best ways. However, he’s got his own issues to deal with, which includes dealing with his body after the incident in Run. With dealing with his pain comes an addiction… and addiction that numbs him to most everything except Kate.

One of my favorite things about this book is the interactions between these two via text… which also comes with more Brock! And Logan risks those texts being seen by Brock, so you know it’s serious. The humor is as present as it is in the previous two books, without as many references to murdering and hiding the body of mental patients. Which, in my opinion, is a shame.

I love how innocent Kate is, but still willing to forgive someone when they deserve it. i love how she’s so innocent she doesn’t understand why Logan doesn’t like her in short dresses. I love how Logan does his own groveling. I love basically everything about this book, from beginning to end.

Except there’s one plot twist I didn’t like. You’ll know when you get there. I’ve complained to the author already, but I’m trying not to go all Mercy/Stephen King on her to change it.